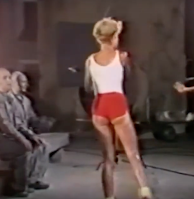 When the Apple 1984 commercial was shown to Apple's board, in order to get approval of the high cost of showing the commercial at the Superbowl, the response was unexpected. Every external board member reacted negatively, with the influential Mike Markkula actually stating that Apple should start looking for another ad agency. One of the board members claimed it was the worst commercial he had ever seen.